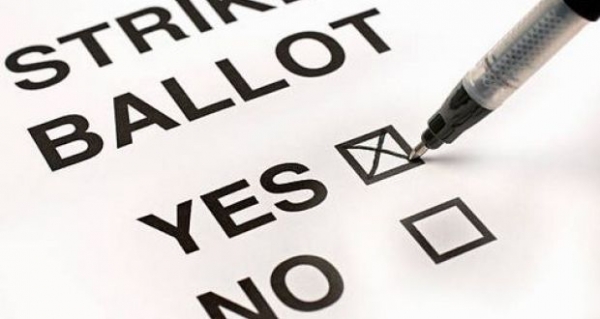 A strike is when employees stop working to pressure the Employer to agree to their demands in collective bargaining.

Employees on strike receive strike pay from their union, while the Employer is not paying them.

A strike mandate means that CUPE 3912 members authorize a strike if the Employer refuses to agree to a fair collective agreement.

A strong strike mandate is the best way to avoid a strike, because it shows the Employer that:

A strike vote is the process for members to decide whether to approve a strike mandate.

CUPE 3912 members who are employed in the current term are eligible to vote on a strike mandate at each of the universities where they are employed.

A strong strike mandate is an important tool for making the Employer agree to a fair collective agreement.

The more members vote Yes on a strike vote:

Members who do not vote are counted as voting against a strike mandate under Nova Scotia legislation.

Voting will be online. You will receive an email with an invitation to vote.

7. When will the strike votes be held?

8. When is a strike vote successful?

To secure a strike mandate, more than 50% of all current employees must vote Yes.

9. When would a strike actually be held?

11. Does the amount of my strike pay depend on the number of hours in my contract?

No. As long as you perform 20 hours of strike duties per week, you are eligible to the same amount of strike pay regardless of whether your contract is for 1 hour or 10 hours per week.

12. Will going on strike affect my student status?

No. Your student status does not depend on your employment.

13. What happens with students’ grades during and after a strike?

While the strike is ongoing, you do not submit any grades. Once the strike is over, you will be submitting the grades and the Employer will have to pay for the work that you perform.

Part-Time Academics and Teaching Assistants at Dalhousie Go on Strike